The Role of the Hutu People:
The Hutu propagated, planned, and carried out the Rwandan genocide of 1994. 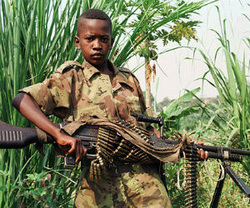 The Hutu majority have hated the Tutsi minority since European Imperialism when the Tutsi were favored by the Belgians (Johnson). Even after the Hutu were placed in positions of power, they felt the need to avenge the years of the Tutsi regime. The Hutu had been planning for the genocide for years in advance. The preparation started with propaganda hinting at the extermination of the Tutsi people and leading up to explicit hate messages against the Tutsi. The Hutu also stockpiled guns, machetes, clubs, and knives in their preparations for mass killing of the Tutsi. In 1993, the Arusha Peace Accords were signed by Hutu President Habyarimana of Rwanda. These documents would allow the Tutsis to hold government positions and participate in the government of Rwanda. The president signed the agreement due to the increasing pressure from the international community and the RPF, the Tutsi rebel militia (Rosenberg). On April 6, 1994, President Habyarimana was returning from Arusha after continuing discussions on the enactment of the accords, when his plane was shot down and he died (“1994: Rwanda presidents’ plane ‘shot down’”).  The Hutu extremists are most likely the ones who shot down the Hutu president's plane. They had the most to gain from the president's assassination and blaming it on the Tutsi and incited the Hutus to take action. The Hutu extremists did not want the Tutsi to be in the government because it would mean that many Hutu would not be able to  keep their jobs, money, and power. The assassination of the Rwandan president ignited the hundred day genocide in Rwanda. The Hutus were so prepared for the genocide that they started the killing of the Tutsis within hours of the crash. The killers had categories to distinguish between all the different jobs of the participants. There were the makers of the genocide plans, the people who were in command of the armed forces, the “local militia", and the ordinary civilians who carried out the orders of their superiors (Mironko). The local militia, or the Interahamwe, was an “anti-Tutsi youth organization established by Hutu extremists" (Rosenberg). The Interahamwe usually lead the attacks on the Tutsi people (Johnson). In many cases, the Hutu were not killing the Tutsi just because of ethnic differences, but also for “economic gain” or “the settling of old rivalries" (Mironko). Within one hundred days, the Hutu had managed to kill 800,000 Tutsi people (“Genocide in Rwanda”). The main goal of the Hutu extremists was to “exterminate all the members of the Tutsi minority tribe" (Lorch).  The Hutu extremists truly believed that they could kill all the Tutsi in Rwanda. 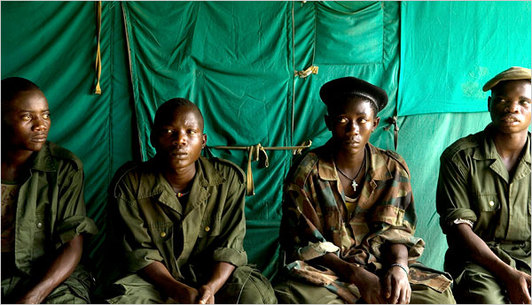