The World's Response:
The Western world knew about the Rwandan genocide and had feelings of foreboding before hand, but did nothing to prevent it or stop it. 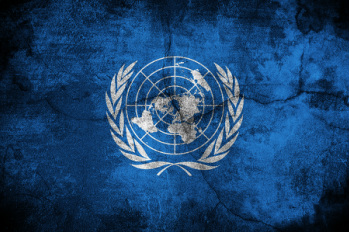 The Rwandan genocide was an event that was known around the world. Yet, there was no country willing to do anything to prevent the genocide or to stop it once it had started. In 1993, the UN was in Somalia on a peacekeeping mission when many people and soldiers were killed or wounded by local militia. Just a few days after these killings, the UN was deciding whether or not to send peacekeeping troops to Rwanda to help with the transition of the government due to the upcoming enactment of the Arusha Peace Accords (Melvern). The U.S. was wary about sending their soldiers, so they proposed that the UN only send a small force that would stay in Rwanda's capital and that would only observe what was happening there and hopefully maintain peace by their presence. Two days after the mass killing of the Tutsi began, the general in charge of the UN peacekeeping troops,  sent a request to amplify his force in Rwanda to 5,000 troops. His request was denied and he was given the message "not to intervene in the conflict" (“The Role of the West”).  This was the beginning of the decline of foreign help from world powers in Rwanda. However, French troops did arrive to help the foreign nationals.  From April 9 to April 11, 1994, any and all of the white civilians, who were foreign nationals, in Rwanda were evacuated by troops and airlifted out of the country. During this short time no Rwandans were saved. The troops saw what was happening, but they could not intervene because their orders were to get the foreign nationals out of Rwanda. Belgium pulled its troops out shortly after some of their soldiers were tortured and killed on April 15. After twelve days of the genocide, ninety percent of the UN peacekeepers were taken out of Rwanda (“The Role of the West”). If the world would have called the atrocities that were happening in Rwanda 'genocide', the UN would have had to step in and use whatever means necessary to stop it, but neither the UN, nor the world, ever labeled the actions as a genocide while it was taking place. In late June, the French were allowed to set up a safe zone, known as the 'Turquoise Area',  under the UN. This area was supposed to be safe for the Tutsis, but the Hutus that were from the area were allowed to keep their weapons and the radio station RTLM was allowed to continue broadcasts in this area. Finally, after receiving no help from foreign nations, the genocide ended when the RPF gained control of Kigali, the capital of Rwanda, on July 17, 1994. (“The Role of the West”)   After the genocide, uncensored images and footage was shown around the world, showing the severity of the situation.  The U.S. and many other countries did indeed know what was happening as it  was taking place, but they had decided not to intervene.  The Hutu took the lack of response from the West as an approval for the atrocities they were committing.  The Hutu thought that if the West did not object or come to stop the killings, which they did not, then it must be okay to continue on with the genocide (Sharp). 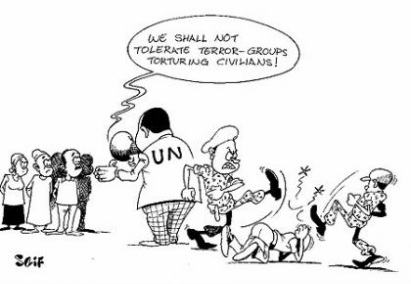